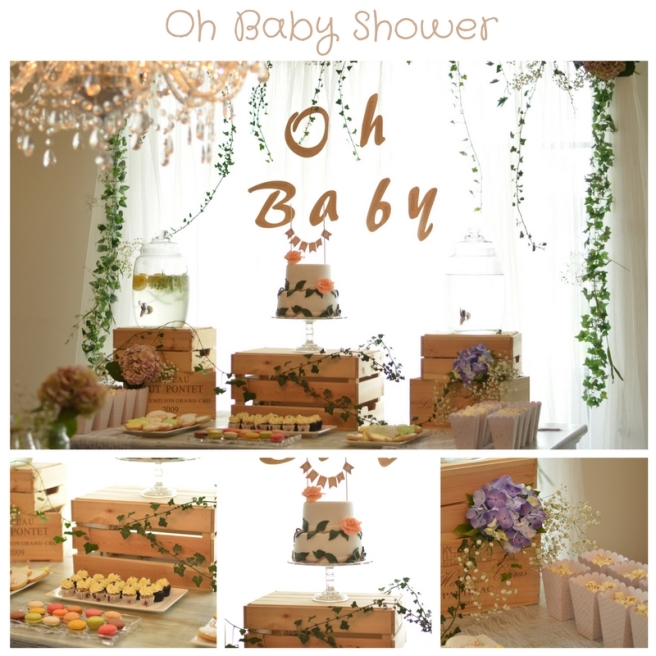 Another great baby shower in Luxembourg organised by our team! This time the theme was rustic chic with neutral colours as the gender of the baby was unknown.

When we spoke with our client, it was very clear the look and feel for the decorations of the baby shower. We needed to use a lot of natural elements such as wood, jute, greenery and flowers, while keeping the party neutral as we did not know yet if they baby was going to be a boy or a girl. The colours should be also neutral such as white, cream, brown and beige with a touch of pastels.

Being the party planners of this party was really nice, as we worked on creating the decorations and placing many flowers among them. The flowers we chose were mainly hortensias (hydrangeas) and green ivy. 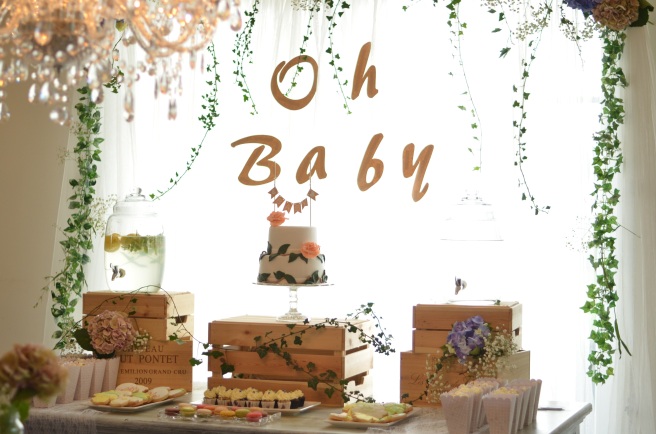 For the dessert table, we created a white tulle background in front of a window, to have a lot of natural light and added the letters Oh Baby in cardboard material, which is also a very natural looking material. Then around we placed ivy greenery and a few hortensias. Then we proceeded with placing some wine boxes on top of a very nice vintage table and added a romantic touch with two white lace table runners on each side. On top of the wine boxes we placed the different cake stands and trays and also two buckets where scented water was served. Each box had a few ivy branches and hydrangeas on pastel colours which added volume and romanticism to the whole table. 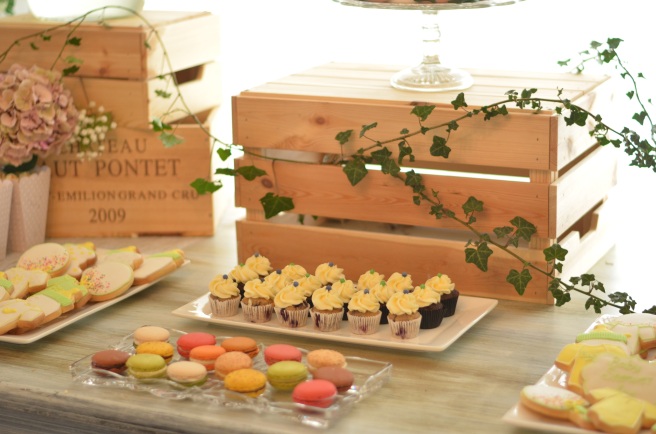 We also created some custom made stationery and games for the baby shower following the theme colours and style, some of the baby shower games we created were the guess the baby date calendar, advice for mummy cards, among others.

Finally to thank the guests for coming to the baby shower, we created some personalised party favours. The client wanted to give something that would be Luxembourgish and at the same time that she would like, so we came with the idea of creating some small honey jars with typical Luxembourgish honey and add a tag on them that would read “Thank you for Beeing here”.

The party was a lovely intimate event, the mum to be was surrounded by her closest friends, everybody had a very nice lunch and could spend a nice afternoon while welcoming the new baby! 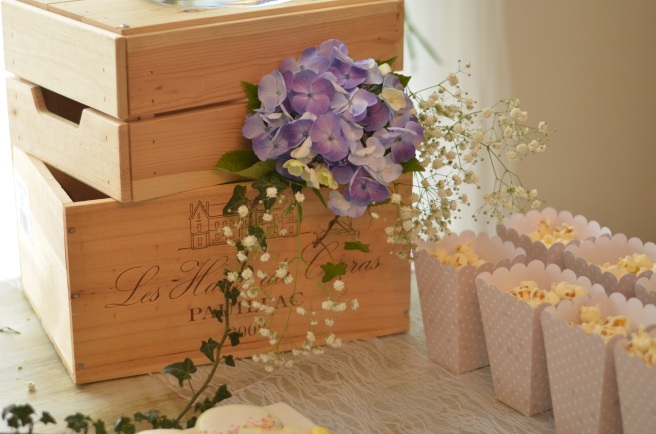 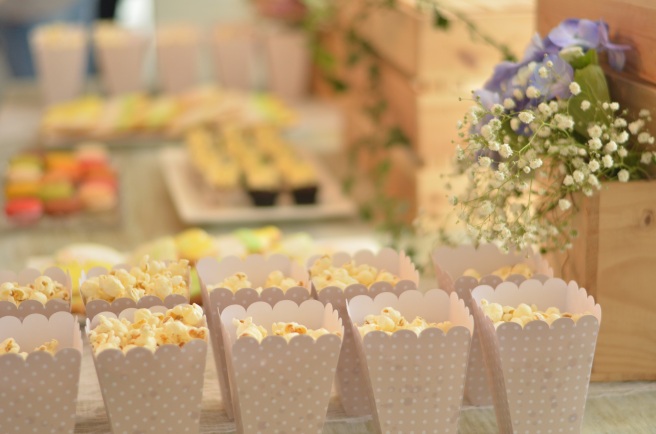 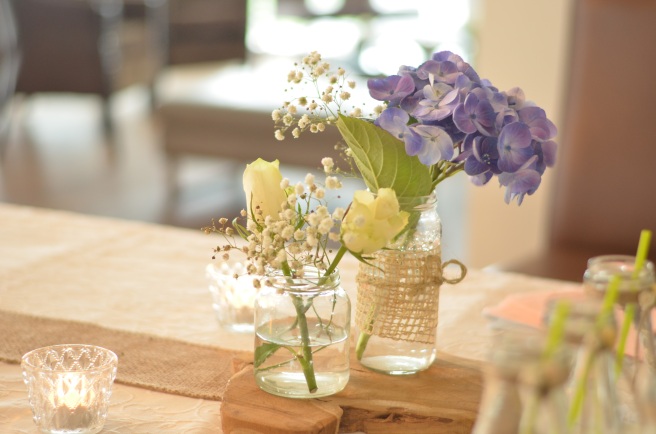 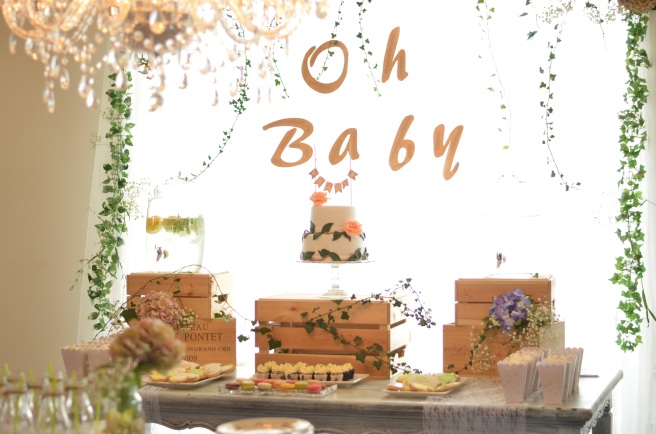 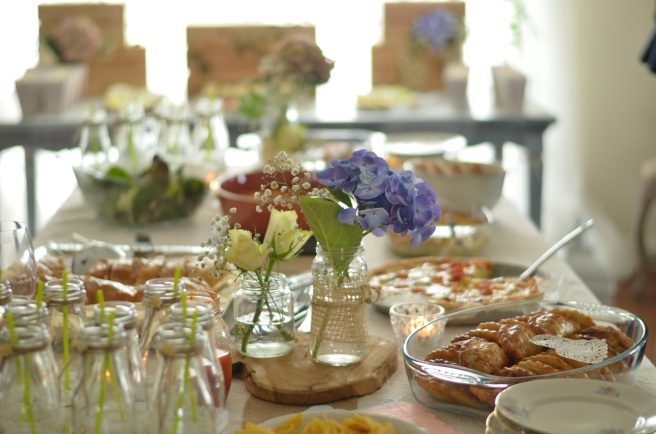 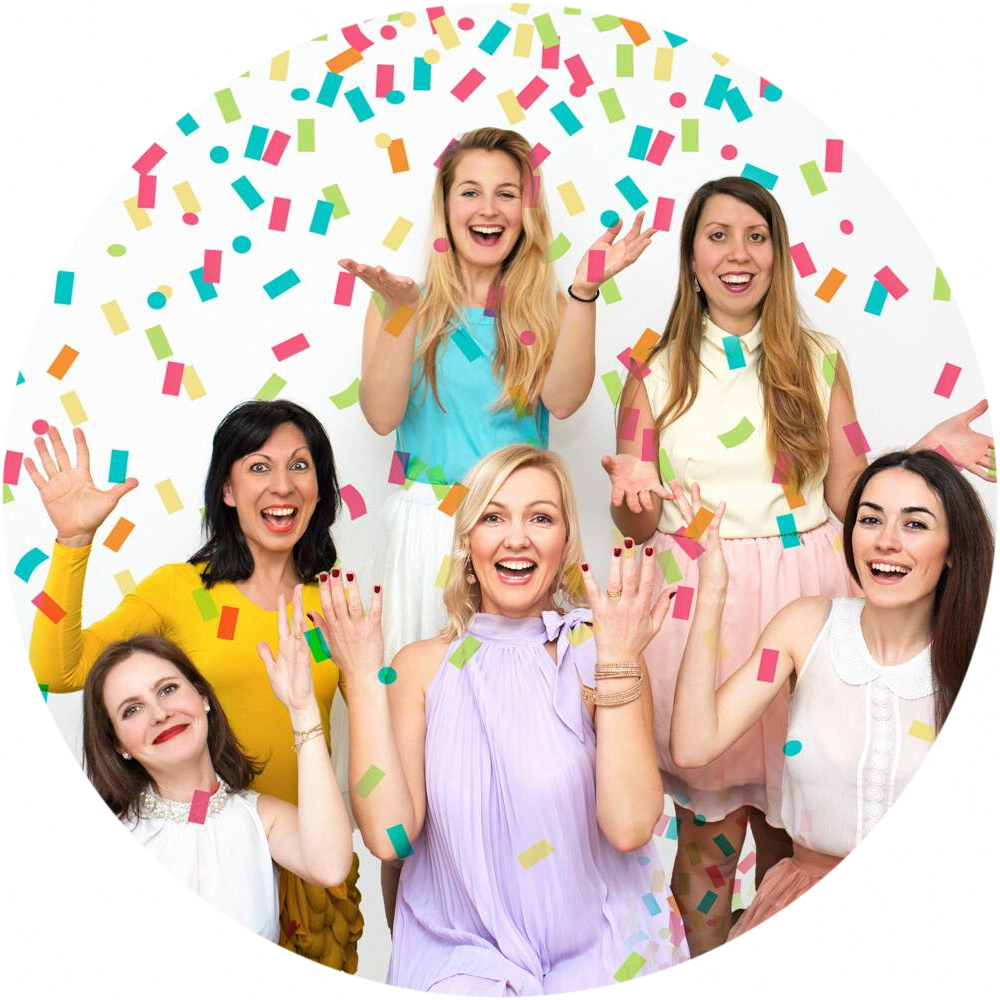 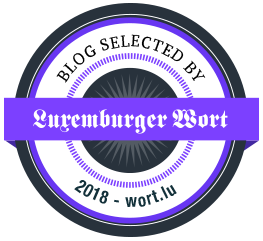